Top Ten Bangla Movie list all time. Movies are big assets for every culture. Through movies, novels, poems, one culture is complete. Now we have to come up with our topic Bangla movies. Many Bangla movies give beautiful experiences to the audience and also bring international honor. Most important thing is that during the liberation war in Bangladesh some movies give inspiration to the martyrs.

Here are many liberation base movies, art films, commercial films that achieved clap from everyone.

1. Jibon Theke Neya: Jibon theke neya is the Bengali movie. It released in 1970. The story of this movie based on the Bengali Language Movement. The film directed by famous person Zahir Raihan. The star cast of this movie Rosy Samad, Shaukat Akbar, Khan Ataur Rahman, and Anwar Hossain. It is a great movie.

2. Matir Moina: Matir Moina released in 2002. The film was awarded the FIPRESCI prize at the Cannes Film festival. It was directed by famous director Tareque Masud. The story of this film is based on the Liberation wartime situation of Bangladesh. The star casts of the movie Nurul Islam Babu, Lameesa Reemjheem, Jayanta Chattopadhyay, Rokeya Prachy, Soaeb Islam, and Russell Farazi.

3. Titash Ekti Nadir Naam: The Tista Ekti Nadir Naam is a renowned Bengali art film. It released in 1973. It was directed by Ritwik Ghatak. The movie is the copy of the same name novel written by Adwaita Mallabarman. The names of actors in this movie are Golam Mustafa, Prabir Mitra, Rani Sarkar, Rowshan Jamil, Rosy Samad, Kabori Sarwar, Farid Ali, Fakrul Hasan Bairagi.

4. Apur Sansar: Apur Sansar is a Bengali drama film based on a Bengali boy’s life story. It was directed by Satyajit Ray. It was released in 1959. The actors names in this film are Sharmila Tagore, Swapan Mukherjee, Soumitra Chatterjee, Alok Chakravarty.

5. Guerrilla: Gaurrilla released in 2011. The movie is based on the Bangladesh Liberation War. The film was directed by Nasiruddin Yousuf Bachchu. The star casts of the movie Ferdous Ahmed, Joya Ahsan, Ahmed Rubel, Shampa Reza, A.T.M Shamsuzzaman. It is based on Syed Shamsul Huq’s novel Nishiddho Loban.

6. Ora Egaro Jon: Ora Egaro Jon is a very renowned Bengali movie, a story based on the liberation war of Bangladesh.The film directed by Chashi Nazrul Islam. The movie was released on August 11, 1972. After independence, this is the first movie of Bangladesh. The stars of this movie are Manu Dutta, Abdur Razzak, ATM Shamsuzzaman, Roushan Jamil, Shabana, Nutan. 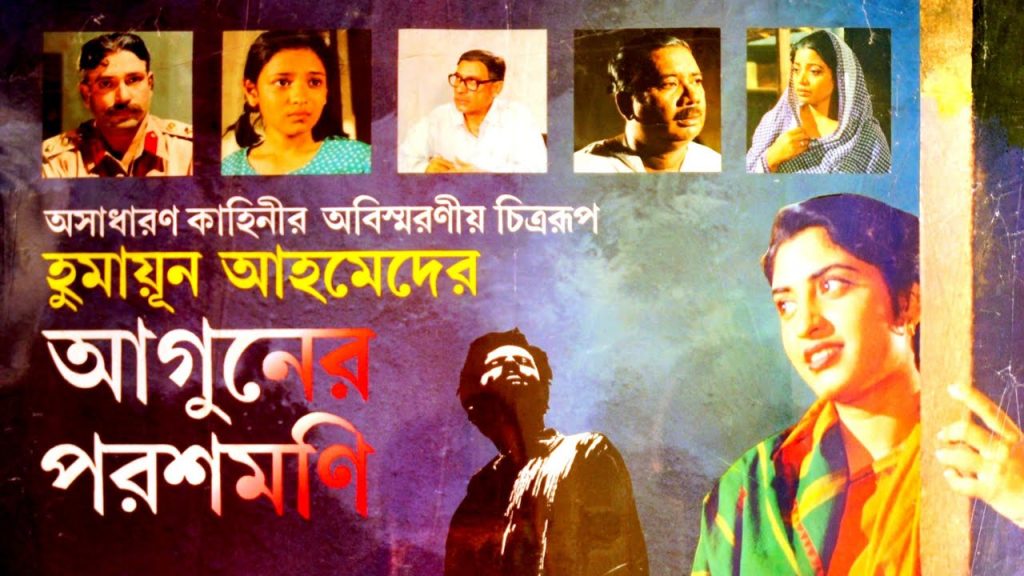 8. Shyamol Chhaya: Shayamol Chhaya released on 16 December 2005. It was written and directed by Humayun Ahmed. It’s based on the Bangladesh War of Independence. The actors of this movie are Shaon, Tania Ahmed, Shadhin Khasru, Shimul, Humayun Faridi, Riaz.

9. Padma Nadir Majhi: Padma Nadir Majhi is Bengali art film, directed by Goutom Ghosh. This was made by of Manik Bandopadhyay’s novel. It released on 16 may 1993. The star casts of this movie Champa, Rabi Ghosh, Rupa Gangooly, Raisul Islam Asad, Humayun Faridi.

We try to give a clear idea about the best Bengali movies all time. Hopefully, you all like our writing. Besides lot of great movies in the society. If you are think, we should include some movie name in the list then let us know by comment.