Bipasha Hayat is a popular actress in Bangladesh. She is one of the leading actresses in the Bangladesh showbiz industry. Her terrific appearance on screen is just awesome. She had contributed to all sectors like Drama, Film, TV commercials, and theater. At present, she is one of the best female actresses in the showbiz industry in Bangladesh. She had won many awards including the UNESCO award for her acting talent onscreen. Bellow, we have to update the Bipasha Hayat Biography Wiki. Also her personal information and acting all drama, Natok name including Photo.

Born: She was born on 23 March 1971. She was born in Dhaka. Her father Abul Hayat was a great actor, play writer, and director in Bangladesh acting history. Her sister is Natasha Hayat who is also a famous female actress. She was seen in the dream to be an actor from her childhood. 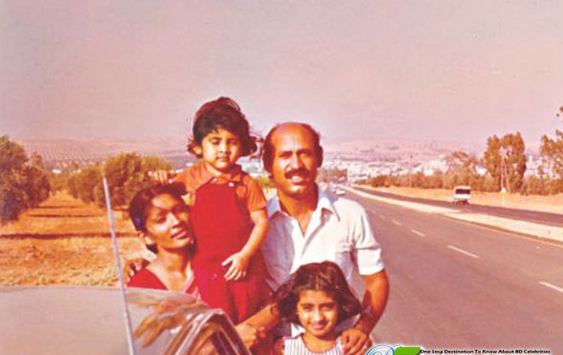 Education: From her childhood, Bipasha Hayat was a bright student. She had graduated from Dhaka University. She achieved a master’s degree in fine arts.

Married life: Bipasha Hayat was married to Toukir Ahmed on 23rd July n the year of 1999. Toukir Ahmed is a famous actor and director.

She started her career by acting in a film named Aguner Poroshmoni. This film was a blockbuster in the Bangladesh film industry. This film was written and directed by the famous author Humayan Ahmed. The story was about a little girl who was blocked in her own house along with her family. She had fallen in love with a freedom fighter who had taken shelter in their house.

The role of the freedom fighter was played by Asaduzzaman Noor. Her acting was so beautiful and spellbinding in this film that she won the National Film Award for Best Actress for the film. Her other famous film was Joyjatra. After that, she had acted in many dramas. She also played in theater dramas. Bipasha also has a share in a boutique house along with her sister. She also inaugurates a new fashion outlet named Bitop Gallery in Mohakhali, Dhaka.