Meanwhile, Bangladesh Cricket Board (BCB) director and its media wing chairman Jalal Younus told Risingbd.com that Sunny uploaded some photos of his ex-wife on social networking site Facebook for which she filed the case 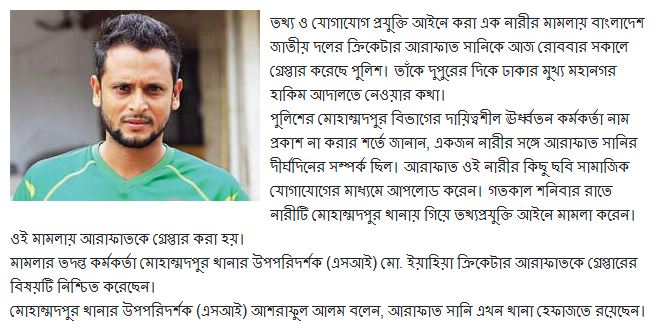 His ex wife field the case last night Saturday (21 January). And today he is arrested by the police. The details news will update soon.