Every Team will play each other one time. After that top two teams of the points table will play the semifinal. So here is every match so important to qualify for semi final.

Bangladesh vs England, Australia vs New Zealand, Sri Lanka vs South Africa, India vs Pakistan, Australia vs Bangladesh including all another match live stream on Star Sports, Gazi TV (GTV). BTV also live telecast in Bangladesh of all Bangladeshi matches of Champions Trophy 2017. 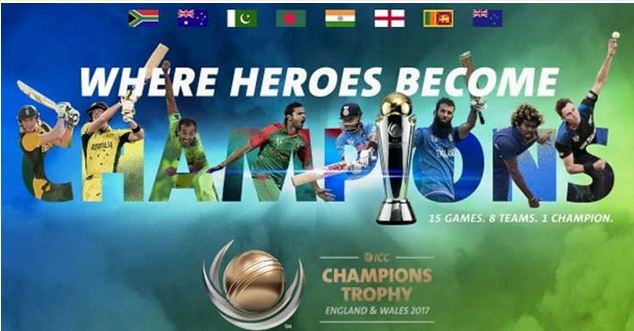 Champions Trophy live in UK: Sky Sports 2 will broadcast live in the UK,

Champions Trophy live in USA: Willow TV will provide ICC champion matches Live Coverage while Willow TV Online in the US and Canada.

Middle East: All matches of the ICC Champions Trophy 2017 will broadcast on OSN Sports in the Middle East country. While Online users of the Gulf states can watch them the official website.