Top Ten School in Dhaka City Right Now. Best Govt School and Private school in Dhaka, the capital city of Bangladesh. Here we made this rank according to the PSC, JSC, and SSC final exam results. Also, the popularity is calculated by the former students and current students. Also, it depends on the environment of the School campus.

The best Top Ten Schools in Dhaka City Govt and private will mention on this news. You will check the real things physically before admitting your child. The resource was collected from the website and some former students of the various schools of this top 10 best schools of Dhaka city. 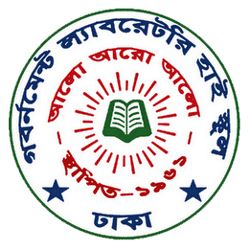 The school was inaugurated in 1961 by the then Director of the Department of Public Instruction (D.P.I), Muhammad Shamsul Haque. The first headmaster was Khan Muhammad Salek, who went on to serve for 12 years. Below is a list of the first teachers at the school, upon its opening. 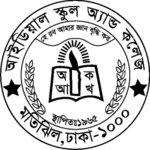 Ideal School and College: Ideal School & College, also known as Ideal High School or Motijheel Ideal School (its name up to 1990), is an educational institution in Bangladesh established in 1965. Although the school was set up to cater to the children of surrounding areas, students come from all parts of Dhaka.

In the SSC examination of 2008, it became the most successful school in the country in the number of students achieving GPA 5. In 2009 it achieved the highest percentage of both GPA 5 and passing rate. Ideal School and College have three campuses around Dhaka in Motijheel, Banasree, and recently opened in Mugda. 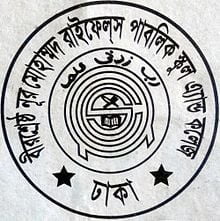 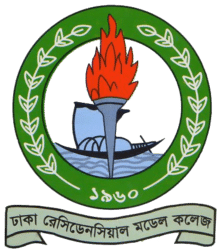 The school offers education for students ranging from third grade to twelfth grade (approximately ages 7 to 18). With over 4,200 students, 1,000 of which reside in its six dormitories, DRMC is the largest public and one of the largest residential schools in the country. Website: www drmc edu bd

The Sisters of the Holy Cross started Holy Cross Girls’ High School near the Holy Rosary Church in 1951 as a kindergarten with two students. The next year it became a primary school. Later it was accredited by the Dhaka Board of Intermediate and Secondary Education as a high school serving students through class 10. The first batch of students from the school sat their Secondary School Certificate (SSC) examinations in 1966. By that time, the school had humanities and science sections. It opened a commerce section in 1999.

It was established in 1994. The school provides education to its students in Bengali and English medium under the national curriculum. Students are admitted into the institution in Sixth, Ninth, and Eleventh grade. The school has 4900 students and employs 175 teaching staff and 99 other staff. Website : www rajukcollege net. www rajukcollege edu bd. 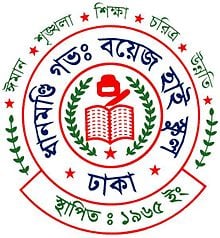 Dhanmondi Government Boys’ High School: Dhanmondi Government Boys’ High School (DGBHS) is a public boys’ school located in Dhanmondi, Dhaka, Bangladesh. It is a state-run educational institution located at the intersection of Mirpur Road and Manik Miah Avenue. It’s EIIN: 107960. The school was established in 1965 in then East Pakistan now Bangladesh and follows the SSC curriculum in Bengali medium.

Established in 1954 as the “St. Joseph English Medium School” in 16 Monir Hossain Lane, Narinda in the current old part of Dhaka by the Congregation of Holy Cross missionaries, the institution had a General Certificate of Education (GCE) based education structure. The current campus is at 97, Asad Avenue, Mohammedpur, Dhaka. Website : www sjs edu bd