As you know, there are a total of twelve teams will play under this T20 World cup 2021. Eight teams who have top ranking in ICC and the other four teams will come from the qualifying round. According to the rules, the qualifying round is playing a total of eight teams divided by two groups. The top two teams will play the supper twelve in T20 World Cup 2021. The matches live telecast on various TV channels in Bangladesh.

Qualifying round A points table

Qualifying Round B points table 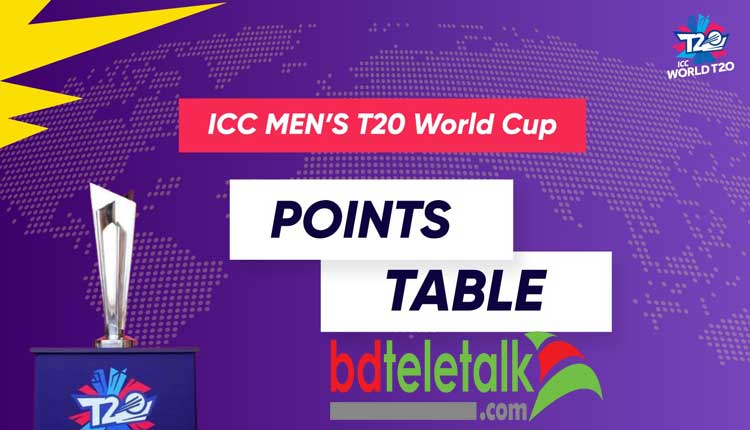 Therefore, every team will play each other in their group match. According to the T20 World cup match schedule, the top two teams of each group will qualify for the semi-final. After that, two semifinals will play the grand final on 14 November 2021.

Finally, you know the T20 World cup points table 2021 system. Every winning team will get 2 points. If no result or match abandon then each team will get one point. But there is no point for the loser team.