Rehana Maryam Noor is the much talk Bengali movie right now. Fans are eagerly waiting to watch this movie. The much-awaited movie ‘Rehana Maryam Noor’ will be available in the theaters of the country. Although the movie will not release in October 2021, the world-famous Bengali movie will release in November 2021. Here is the official release date, casting info, and movie review updates.

Ehsanul Haque Babu, the executive producer of ‘Rehana Maryam Noor’, told that there had initial plans for the release in the last week of October, but considering all aspects, we decided to release the film in November. However, in early or mid-November, that date does not yet finalize.

Meanwhile, Rehana Maryam Noor could represent Bangladesh in the ‘Best International Feature Film’ category at the upcoming 94th Oscars. Because this year only one movie has submitted to the Oscar Bangladesh Committee. A final announcement will make soon.

The story of the film revolves around Rehana Maryam Noor, a teacher in a private medical college. Where Ajmeri Haque Bandhan has played the central role.

Rehana, an assistant professor at a medical college and the single mother of a cheerful teenager named Emu (Afia Zahin Jaima, played very instinctively) is a capable person. Even his superiors (Qazi Sami Hasan) asked him to make concessions on some minor issues while controlling the students but she was adamant in his decision. 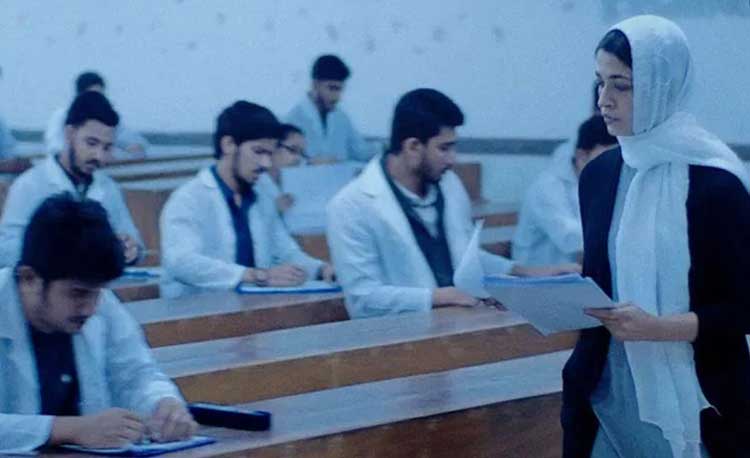 One night while staying at the medical center, Rehana came to know about the harassment of a student in her superior office. Rehana realizes what happened when the student named Annie (Afia Tabassum Varna) leaves the professor’s office, but Annie refuses to complain about the harassment. Rehana is also not a bride to abandon, she is very upset about this incident and will not punish for this heinous crime it continues to eat away at her.

‘Rehana Maryam Noor’ is an excellent example of how to build friendships and how bad people escape punishment even when they commit crimes. The fact of the matter is that if Annie complains against her professor, her life will ruin and what she learned in her education will fail.

She did not let it happen, so Rehana came up with a brilliant plan. She told her superiors that she had raped herself. The deeper Rehana goes, the more reckless she becomes. Thus Saad’s film almost turned into a thriller. Saad uses a constantly moving camera to capture the tension between the audience and the central character.