Live West Indies vs Bangladesh T20 World Cup 2021. Bangladesh lost their second match in the Super Twelve by a big margin and making it difficult for them to reach the semi-finals. Yet Mahmudullah-Sakibra are dreaming. They are just waiting for a victory to turn around. And that victory will have to come against the current champion West Indies.

The situation of the Caribbean team is just like that of Bangladesh. They were bowled out for just 55 by England. After that, they lost by 8 wickets against South Africa. Both teams have no choice but to win to keep the hopes of the semi-final alive. West Indies vs Bangladesh will face Sharjah in the 23rd match of ‘Group-1’ at 4 pm on Friday.

Ahead of the match, Nicholas Puran, one of the stars of the West Indies team, simply confessed, “Our situation is the same as in Bangladesh.” That is why he sees the win against Bangladesh as a big challenge. However, the qualifications and skills of the players of the Bangladesh team are all at his fingertips, said Puran. Because Puran got acquainted after playing in BPL before starting his international career.

“I have spent a lot of time in Bangladesh,” Puran told a pre-match press conference on Thursday. Not just me, but many others on our team. We have very good friendships, very good relationships with them. I know them well. I also learned a lot from them, especially about playing in different conditions. These are very useful. Knowing what they can do, what they are used to, batting, and bowling will help them from both sides.’ 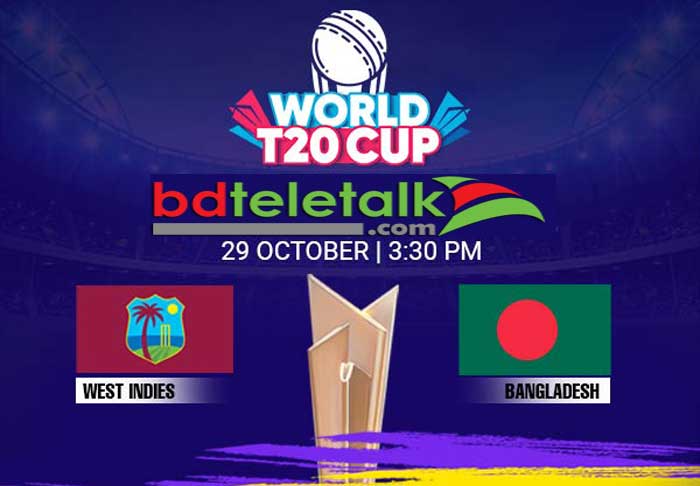 The wicketkeeper-batsman said, “Bangladesh is like us after losing two matches in a row. The challenge is waiting for us. I want to win by playing good cricket in Sharjah. Multiple spinners from Bangladesh are a challenge for us. ‘

In today’s match against Bangladesh, there is at least one change in the Windies XI. Experienced all-rounder Jason Holder has joined the squad to replace McCoy.

Against the Caribbean, Bangladesh XI may also change. According to sports analysts, Bangladesh will enter the field today with only one change. And that is Liton Das. Opener Liton Das, who has widely criticized for his off-form, may not be in the XI. Soumya could the partner of opener Naeem Sheikh.

According to the cricket experts of the country, Bangladesh will take the field with two fast bowlers and three spinners in this match as well as the match against England. Because traditionally West Indies batsmen are weak in the spin. In that sense, Sheikh Mahadi and Nasum may see with Shakib Al Hasan as usual.

On the other hand, pace all-rounder Saifuddin has ended the World Cup from the last match due to back pain. Instead, fast bowler, Rubel Hossain has included the main team from the reserve. But he was not played in the last match. Rubel may play in Friday’s match with Shariful Islam.

Meanwhile, Nurul Hasan Sohan can see in keeping as usual even though he did not smile with the bat. If he does not play for his injury then Musfiqur Rahim will stand behind the wicket.