District Correspondent: In Narail’s Kalia Municipality, gifts have been distributed behalf Prime Minister Sheikh Hasina with the personal financial support of the District Awami League General Secretary among 100 destitute, helpless and destitute families who have lost their jobs due to the outbreak of corona. 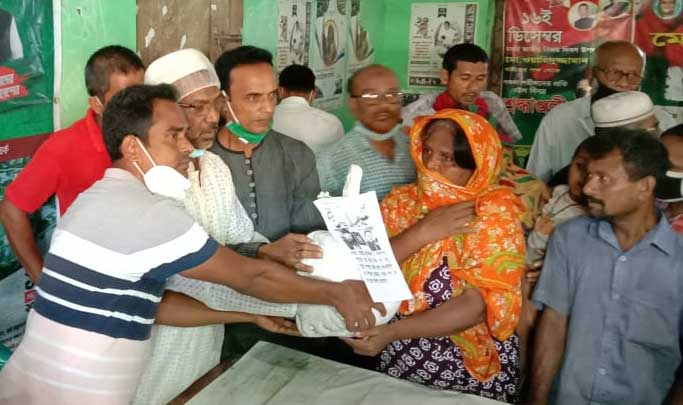 Nizam Uddin Khan Nilu, general secretary of Narail district Awami League and chairman of Sadar Upazila, has always been by the side of the helpless and destitute people with financial and food items. In its continuation, extend this hand of cooperation in the Kalia Municipal Council today.