The Cabinet has approved the draft law to curb violence against women and children by keeping the death punishment for rape. Law Minister Anisul Haque, who was the first to give final approval to the draft, said in the Cabinet meeting on Monday.

The Law Minister said it will be issued in the form of an ordinance tomorrow. That means it will become law from tomorrow. It will be vetted before it is legal.

The Ministry of Law has said that the President will issue it as an ordinance due to the absence of a session of the National Assembly at this time. 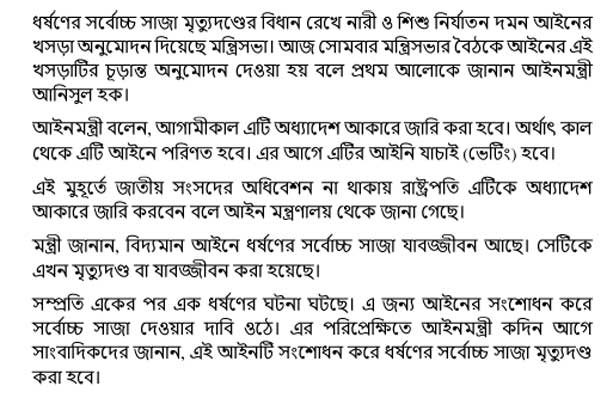 There have been rapes in recent years. This is why the law is amended and demands maximum punishment. The Law Minister told reporters a long time ago that the maximum punishment for rape would be the death penalty by amending the law.