Asian and Royal University vice-chancellor was until 2009, but the top three vacant were empty after 2009. For that their certificate is invalid.

Vice-Chancellor was present till 2012 in IBAIS, 2013 at Delta University, 2014 at Premier University. But now those three universities have no that three vital personnel. So their certificate also invalid. 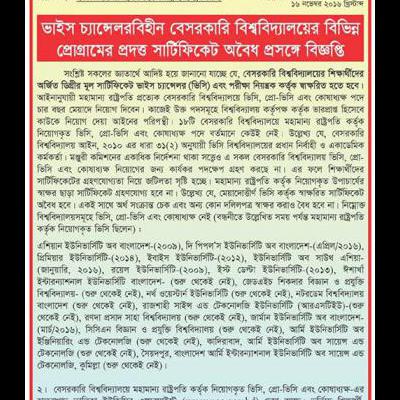 See at a glance that 18 University :