Achol, who is a popular Bangladeshi actress. She appeared in the Dhallywood film Industry. Her debut film was “Bhool”. This film was released in 2011. Her first film was not much successful. But her second romantic film “Jotil Prem” released in 2013 was successful commercially. And this film got great popularity among the audience. With her beautiful appearance on screen, she was enabled to draw the attention of young generations.

Born: Achol, was born in Khulna on 28 September. Her father was Md. Hafizur Rahman and her mother was Salma Begum. Currently, she is living in Dhaka.

Education: She was educated in Khulna. She studied at Pioneer Girls School in Khulna. She learned dancing at Anadadhara Academy in Khulna. At present, she is completing her BBA degree from Stamford University. 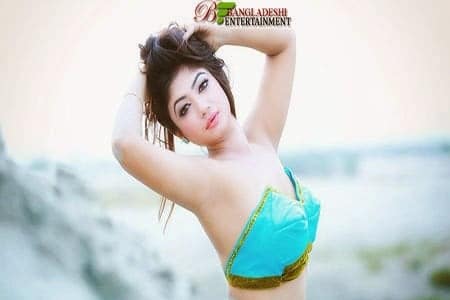 Before working in the film industry, she worked in a theater at Dhaka. When she was in class eight, she took part in a TV commercial of a renowned ACI group. Before acting in movies, she acted in some other TV commercials of Sharif Melamine, Tibet Kodur Tel, and Botanic Aroma Fairness Cream. Her name was “Akhi” then. And then She made her debut in the film industry with “Bhool”. In the same year, she worked in the film “Baily Road”. These movies were not successful commercially. In the year of 2013, her career turned totally when her blockbuster film “Jotil Prem” was released. It is one of the best movies in the recent history of Dhallywood. In the same year, she also acted in ‘Ki Prem Dekhaila” and it was another hit movie of the year.

It was rumored that she was married to Juwel on 12 December 2012 who was an upcoming producer. But this marriage does not last for a long time. She divorced her husband on 14 April 2014. Now she is one of the busiest actresses in the Dhallywood film industry.